Another episode of our thrice-weekly streaming series, the Joy of Pancakes! This time, watch as Dan meticulously crafts a pancake art portrait of representative Alexandria Ocasio-Cortez, a young and influential figure in American politics who broke some records the other night with a gigantic livestream of her and some other political figures and influencers playing the smash hit subterfuge game, Among Us. Check that stream out here: it’s wild and it was cool to watch and be a part of! 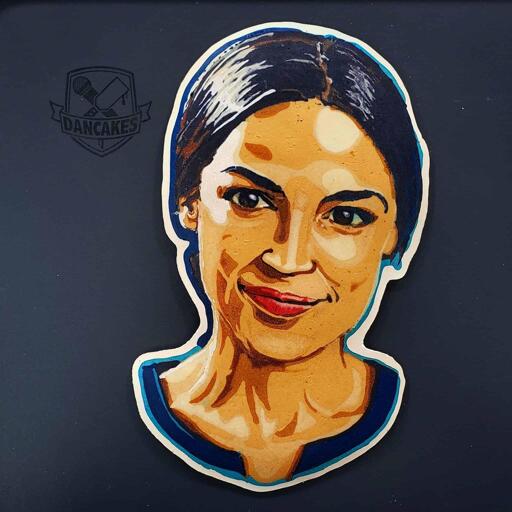 Here’s a still of the final on that AOC pancake – I was pretty happy with how it turned out. If we’re lucky, she’ll see one of the posts and we might have a chance to deliver it to her! Anyway, thanks for watching, and check out our next Joy of Pancakes stream, every Monday, Wednesday, and Friday! We might be formally bumping the time up by an hour or so, so catch it at 1pm CDT this Friday.